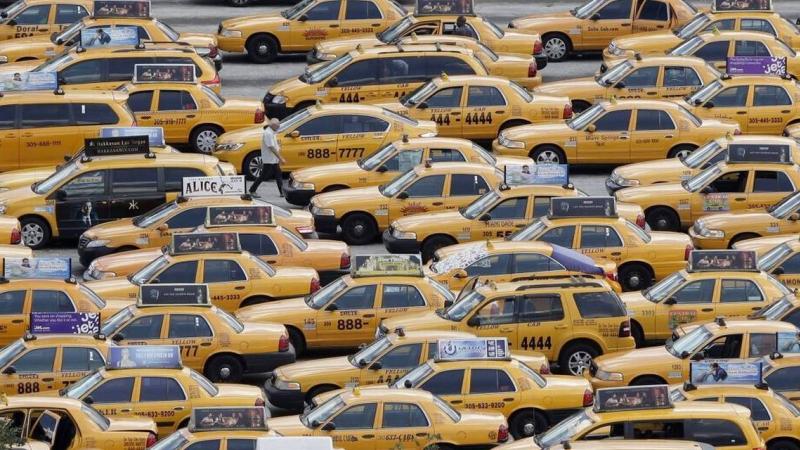 The taxi industry’s legal challenge over Miami-Dade’s Uber law hit a roadblock this week after a judge declared the year-old county law a reasonable attempt to regulate the taxicabs’ new competitors.

“Taxicabs have not, for now, become obsolete,” U.S. District Judge Darrin Gayles wrote in an opinion released Monday. “As with all services and industries, markets ebb and flow, and change requires adaptation and innovation.”

The decision granting Miami-Dade’s request for dismissal of the lawsuit billed as seeking $1 billion in damages comes nearly a year after taxi companies filed the long-shot court challenge a day after the County Commission passed an ordinance legalizing Uber, Lyft and other ride-hailing services.

As with all services and industries, markets ebb and flow, and change requires adaptation and innovation.

Enjoy 92% off your first month of digital access when you finish signing up today.

The phone-based ride companies have devastated taxi industries around the country by tapping modern technology and a fleet of freelance drivers that usually charge less than taxis, and by offering an easier booking process. Taxi leaders warn Miami-Dade’s decision threatens the very existence of the tourism economy’s taxi industry, a service still sought after by some visitors and many low-income residents without the credit card or cellphone needed to “call an Uber.”

In suing Miami-Dade, taxi companies Miadeco, Checker and B&S Taxi touched on many of the same points made in their arguments to commissioners before the law passed.

One was unfair treatment: Ride-hailing companies, for example, can raise prices as high as they want while taxi fares are capped by county rules. Another argument centered on the economics of taxi ownership: The county-issued licenses (known as “medallions”) that allow a cab to operate plummeted in value on the resale market once Uber came to Miami-Dade in 2014. Taxi owners say they deserve compensation.

Courts have dealt with similar arguments around the country, and Uber and its allies almost always emerge the victor. Gayles cited similar cases in tossing Miadeco vs. Miami-Dade, saying the law allows competition to disrupt well-established industries.

“Plaintiffs’ property rights derived from their medallions do not confer on them a fully restricted market or a monopoly of all for-hire transportation,” Gayles wrote.

Ralph Patino, the Coral Gables lawyer who filed the suit and sought to represent about 2,000 Miami-Dade holders of taxi licenses, was not immediately available for comment. At a press conference announcing the suit on May 4, Patino said he planned to ask for $1 billion in damages tied to lost business and diminished value on behalf of the county’s taxi industry.

“Mayor Gimenez and a majority of county commissioners supported providing our residents and visitors with mobility options,” he wrote. “We are happy the court agreed with our arguments.”